There’s no shortage of machine learning hot takes on how the XGBoost gradient boosting framework continues to defy the no-free-lunch theorem by being perhaps the most versatile learning algorithm across tabular data applications.

Gradient boosting (GBM) packages such as XGBoost sequentially train a series of shallow trees, resulting in an ensemble model. In other words,

GBMs start with a single question, then add one question at a time. Training stops when adding another question would make the model too complex to explain or wouldn’t improve its performance.

A final GBM model is the sum of \(B\) individual trees (‘learners’), trained up to the point of diminishing returns1:

This puts GBM squarely in the family of additive models2 such as generalized additive models. GBMs sequentially nudge an initial weak model towards a strong model by consecutively adding simple models to an ensemble.

A gradient boosting model is:

Training a GBM begins with initializing a simple model \(f_0\), so that the model at iteration 0 is:

where \(\textbf{x}\) denotes the feature input vector. \(f_0\) may be as simple as the average prediction. For a GBM modelling a single feature, the model may start off looking something like this3:

The idea behind gradient boosting is to adjust the model sequentially to ‘fix’ the errors.

Stated differently, the model at the first boosting stage is the sum of the initial model \(F_0\) and the model of the residuals \(f_1\):

\[F_1(\textbf{x})=F_0(\textbf{x})+f_1(\textbf{x})\]Intuitively, the residuals \(\epsilon\) indicate the direction in which the overall model should be nudged to get to the target value.

In practice, the residuals used to fit the learners are computed using the gradient of the loss function, and are also known as pseudoresiduals.

If we were to add the entirety of the model of the residuals \(f_1\):

then it may not be necessary to train for further iterations, since \(y=F_0(\textbf{x})+\epsilon\)4. So we slow down training by adding only a fraction \(\eta\) of the learner:

\(\eta\) is known as the learning rate. It’s also known as a shrinkage parameter, since it shrinks the contribution of each learner to the ensemble.

Or more generally, for the \(b\)-th iteration:

Notice how this parallels with gradient descent for neural networks, where the direction of adjustment for the \(j\)-th model parameter \(\theta_j\) is guided by the sign of the gradient:

where \(J(\theta)\) refers to the loss function.

With gradient boosting, the direction of the gradient is used to adjust the overall model directly instead of individual model parameters.

How many trees, then?

An approach to determining the number of learners required is known as early stopping. Additional learners are added until the point of diminishing returns, where there is no noticeable performance gain for adding new trees.

Make sure to use separate sets of data for determining early stopping rounds and evaluating models.

A major challenge with tuning GBM models is knowing where to start from the large number of hyperparameters available. A great reference is this table from Laurae++ which lists the mapping between hyperparameters in XGBoost and LightGBM.

Apart from learning rate and the number of trees, I group XGBoost hyperparameters into three categories:

There’s no shortage of articles comparing these different implementations.

In some applications, it is necessary to consider additional measures to ensure the trustworthiness of a model.

It may be useful to ensure that a GBM is constructed to align with certain ex ante expectations of how a feature is related to the target variable. Monotonic constraints ensure that a specified relationship is either strictly increasing or decreasing. See https://xgboost.readthedocs.io/en/stable/tutorials/monotonic.html for details.

In tree-based models, each additional level introduces interactions to the model. Interactions are where combinations of feature values matter to the model, and not just individual feature values. The additive structure of GBMs makes it possible to restrict interactions captured in a model by limiting the features used in each iteration. 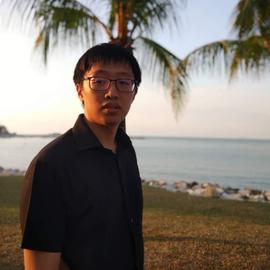